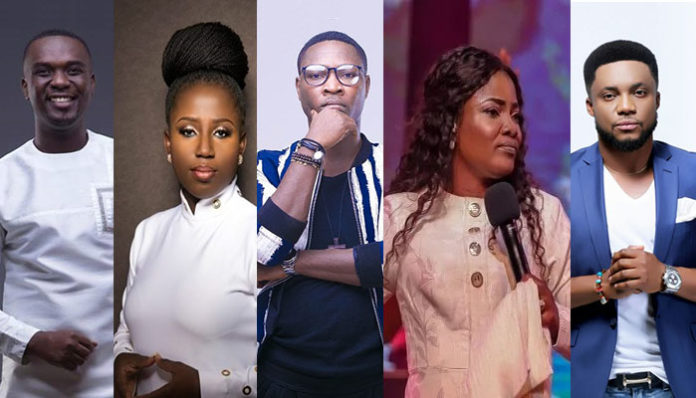 Charter House, organizers of the annual and largest music awards in Ghana have released nominations for various categories for this year’s Vodafone Ghana Music Awards. And as always, Vodafone Ghana is the title sponsor of the award scheme. Due to our interest, we shall focus on songs and artistes of the Gospel.

Last year, and for the second time, Joe Mettle made it to the topmost award; thus The Artiste Of The Year Award but lost it to the late Ebony Reigns after winning same award in 2017.

He again took home the Gospel Artiste of the Year Award. Patience Nyarko, Joyce Blessing, Celestine Donkor, Gifty Osei and Nacee were the other artistes for that category.

For the other categories, Joe Mettle earned Best Vocalist of The Year with ‘Bo Noo Ni’ but lost Song Writer of the year and Best collaboration of the year. He was the only Gospel Artiste who had been nominated in other categories.

Until 2017, no Gospel artiste had been able to win the topmost Award. What could cause that? Recently, some artistes and industry players blamed organizers for snubbing the Gospel industry. They feel it is intentional.

This year, songs that received nomination for the Gospel song of the year category includes KODA’s ‘Hosanna’, Diana Hamilton’s ‘Mo Ne Yo’, Joe Mettle’s ‘My Everything’ and ‘Boobolebobo’ by Isaac Kwabena Aning. The remaining are ‘W’asua Me’ by Obaapa Christy, ‘Agba Dza’ by Bethel Revival Choir and ‘I Swerve’ by Joyce Blessing. 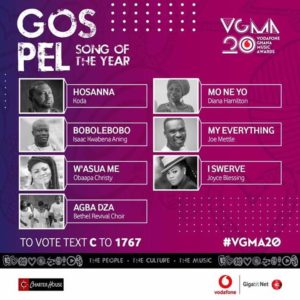 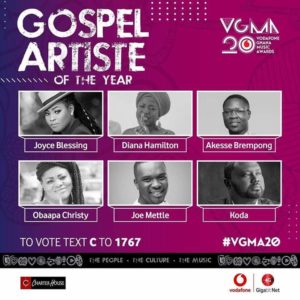 Undoubtedly, there could have been no other songs in the Gospel song of the year category. These six songs received much airplay across all media spectrum. Online; on YouTube, these songs have received more views. Currently as I write, KODA’s ‘Hosanna’ has 1.1M views, Diana Hamilton’s ‘Mo Ne Yo’ has 3.7M views, Joe Mettle’s ‘My Everything’ has 2M views whiles ‘Boobolebobo’ by Isaac Kwabena Aning has 483K views. ‘W’asua Me’ by Obaapa Christy has 1.6M views, ‘Agba Dza’ by Bethel Revival Choir 316K views and ‘I Swerve’ by Joyce Blessing has 1.4M views.

Take note that, within the year under review, more artistes worked extremely hard. And the fact is, we can never have them all nominated for the Gospel artiste of the year award. The 6 nominees were all over with great songs, self-hosted concerts and performed in a good number of shows across the country and even beyond.

But the success of Ohemaa Mercy cannot be swept under the carpet. ‘Tahilah Experience’ was huge; the impact was great. It was real, everyone felt it. So far, it has been the much talked about event in Ghana. She got everything right. Right from promotion for the event; the crowd, ministrations, stage build-up, lighting and sound were just on point. She broke boundaries by going ahead to even stream the whole concert live on social media with no technical hitches. She deserved nomination for the Artiste of The Year and The Gospel Artiste of the year.

On the continent, no Gospel artiste has ever had nomination for African Song of the year. Recently, Tim Godfrey has been everywhere with his ‘Nara Ekele Mo’ tune which he did with Travis Greene. Prospa Ochimana’s Ekwueme which he featured Osinashi Nwachukwu became an anthem worldwide. So then why? Should we all agree it’s a snub by the organizers?

I can go on and on; but the fact is, these are the 7 songs and 6 artistes Charter House has presented to us. They deserved the nominations. To avoid any further disappointments, keep on voting for your favorite or those you thing deserves the awards.

In other categories, Bethel Revival Choir, Luigi Maclean (Amazing God) and Diana Hamilton (Lord of Host) was nominated for Group Of The Year, Male Vocalist of the year and Female Vocalist of The Year respectively. Boobolebobo (Isaac Kwabena Aning) also had nomination for Vodafone Most Popular Song of the Year, I Believe (Diana Hamilton) for Album of the Year Award; and again, for the third consecutive time, Joe Mettle nominated for the topmost award; Artiste of the year. 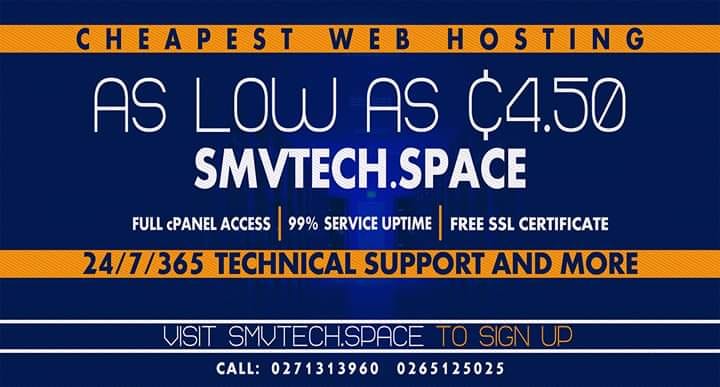 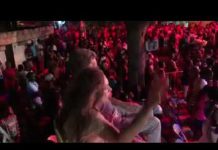 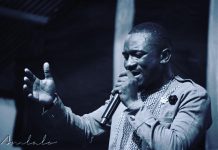